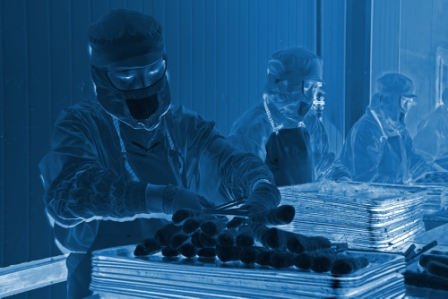 With increased concern for health and a decline in cooking skills a raft of processed foods that claim to be healthy are now on the supermarket shelves. Here are some cold hard facts about these imposters:

Foods labelled low fat or fat free have simply had fat (particularly saturated fat) removed and to maintain flavour and texture, other ingredients added. In the case of milk, once the fat has been removed the texture and mouth-feel that we are familiar with are also gone. Powdered milk solids and sugar are added to make the ‘milk’… well more like milk. The powdered milk solids have been heat treated and contain oxidized cholesterol…which isn’t good for you.

Furthermore, valuable fat soluble vitamins A, D, E and K are also lost when fat is removed.Enjoy full fat organic milk and butter in moderation and if you must eat cake…try homemade using fresh whole ingredients, at least you know what is in it!

Fruit juice became popular after the 2nd world war. The health claim then was to promote vitamin C when fresh foods were scarce. The juice (mainly orange) was pasteurised (heat-treated), all the oxygen removed to ‘keep it fresh’, pumped full of sugar, then packaged in the well know tetra packs.  Now we see an array of flavours, packaging and health claims, but the processing remains largely unchanged. For example: Innocent was one of the brands highlighted last year as containing high levels of sugar: a 250ml serving of its pomegranate, blueberry and acai smoothie contains 34g of sugar, around the same as a 330ml can of Coke.

As if the risks of GM foods weren’t bad enough, vegan and vegetarian processed foods made from soy (especially fake meats) usually contain a toxic chemical called hexane.  The chemical helps extract the protein from soy so it gets that meaty texture. Hexane is also used to extract oil from soybeans as it is with most seed oils. Hexane is a by product of gasoline refining. The Centre for Disease Control and Prevention in the USA has classified hexane as a neurotoxin.  In large quantities, it can cause serious nerve damage.  Hexane use in food manufacturing is currently not regulated by the FDA.

Processed gluten-free products tend to be higher in calories than the wheat products they are replacing, meaning people can actually gain weight when they go gluten-free. Processed gluten-free foods are designed to approximate the taste and texture of the products they are replacing and tend to rely on substitutes such as sugar, rice flour, potato starch and tapioca starch. These foods have high glycemic indexes, so when people eat them, their blood sugar spikes and eating such foods over time leads to disorders such as diabetes, hypertension, and heart disease. Consuming these products in small amount may be fine, however most people are over consuming these highly processed foods.

Sam's ability to combine nutritional know how with great tasting food is a winning one. She gave me simple tips which helped me stay healthy when I'd just had a new baby and was pretty exhausted. She helped me find nutritional recipes which were easy to cook and family friendly. I never thought I'd find myself eating Kale, let alone enjoying it!