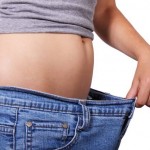 With the New Year well under way advice on weight loss is everywhere, and nothing seems to be debated more than that of the low carb diet versus the low fat diet. Mainstream health institutions such as the NHS still recommend the low fat diet for weight loss, however you may have noticed many articles on how fat is not the enemy. So which do you choose to shift those stubborn pounds?

What are the parameters in % of calories?

A very low carbohydrate (VLC) diet is less than 10%

Let’s take a look at the research…

There are a fair few studies on low fat (LF) diets, low carb (LC) diets and the comparisons between the two. The results for weight loss have been mixed, LC winning out in the short term but long term weight loss both diets showed similar results. Things get interesting when blood panels are drawn and compared. The LC diets were shown to significantly lower cardiovascular risk and metabolic issues such insulin sensitivity. So LC diets are generally advised to those with Diabetes type 2 and those with other metabolic issues including obesity.

In December, 2015 the Lancet (diabetes and endocrinology) published a systematic review of 53 studies showed that LC diet produced the most weight loss overall.

Food manufacturers have long since exploited the low fat market and now you can buy a low fat version of most foods. Unfortunately to enhance the flavour and mouthfeel, sugar and other nasties are often added…which increases the carbohydrate load. You may still lose weight, but what about your cardiovascular health?

Also available is a plethora of low carbohydrate processed foods, which unfortunately are equally villainous. Many LC processed foods have confusing labelling, which attempts to reduce perceived carbohydrates by using nifty names such as ‘net carb’ or ‘impact carb’. Manufacturers also alter the types of carbs used in foods in an attempt to disguise the carb loads. Some examples are: using sugar alcohols such as xylitol, adding soy and wheat protein (to increase the protein % overall) or adding (non-food) bulking agents.

This doesn’t sound good to me!

So what can you do?

As always, I am keen to advise people to kick processed, manufactured foods to the curb. If you are trying to lose weight try sticking to a 1500 calorie a day diet. I use MyFitnessPal to track my foods and I tend to do this for a week or two, this way I can get my portions sizes and meals right. Then for ease I just recycle these two weeks until the weight is gone. Try not to go back to your original diet once you have lost the weight, as you could gain the weight (and more) back in the blink of an eye. However, keeping to a healthy eating plan you may have some wiggle room to indulge once in a while (think 80/20 rule).

Low fat or Low carb, this is personal preference, for me I would choose and advise a low carbohydrate diet for weight loss, ease and general overall health.

A sample of a Low carbohydrate 1500 calorie e day:

NB: I usually add an extra snack if exercising i.e. an apple and 12 almonds.

Sam's ability to combine nutritional know how with great tasting food is a winning one. She gave me simple tips which helped me stay healthy when I'd just had a new baby and was pretty exhausted. She helped me find nutritional recipes which were easy to cook and family friendly. I never thought I'd find myself eating Kale, let alone enjoying it!